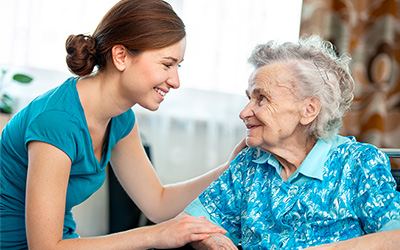 The Caregiver Program creates temporary employment positions for the care of children, elderly family members or family members with disabilities; working in these positions can lead to permanent residence. Created in 1981 as the Foreign Domestic Movement Program, it was known as the Live‑In Caregiver program from 1992 to 2014. Significant changes took effect 30 November 2014, when pilot programs were created for five years. Notably, while live‑in arrangements are still permitted, it is no longer a requirement that caregivers live in their employers’ homes. The changes also split the program into two streams, one for caring for children and one for caring for people with high medical needs.

Individuals who were already working in Canada under a Live‑In Caregiver Program work permit, or whose employers submitted their LMIA application before 30 November 2014, were permitted to remain in the Live‑In Caregiver pathway and apply for permanent residency based on the eligibility requirements of that program. They were also permitted to apply for the new streams mentioned above, if eligible.

In 2019, the federal government launched two new five‑year pilot programs for caregivers (namely, Home Child Care Provider and Home Support Worker), ending the two previous pilot programs. In addition to granting work permits only to those who already meet the eligibility requirements to apply for permanent residency after two years of work experience, these pilots allow caregivers’ immediate family members to obtain work and study permits. As with the 2014 pilot programs, educational and language requirements apply, and there is an annual cap of 2,750 principal applicants per stream.

Employers hiring caregivers must meet the same program requirements as those hiring under the high‑wage and low‑wage streams. For example, all employers hiring caregivers must meet the prevailing wage for the occupation in the location where the work will take place, and all must follow the high‑ and low‑wage streams’ recruitment and advertising processes. However, the Caregiver Program does not share all requirements for these streams, and it is exempt from measures such as the cap on the number of low‑wage temporary foreign workers and the refusal to process applications in areas of high unemployment.

In 2019, the federal government also introduced a short‑term Interim Pathway for Caregivers. This provided a permanent residency pathway to certain individuals who had worked as in‑home caregivers in Canada, as well as their families. This short‑term pathway was open to individuals who held a valid work permit, had a year of work experience as a home child care provider and/or home support worker in Canada, and met certain language and educational requirements. The interim pathway was initially offered from March to June 2019 and was reinstated for July to October 2019.